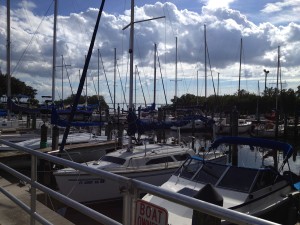 We thought the housing market is calming down a bit this year.

But being a realtor dealing with the local market, it just doesn’t feel like it.

Multiple offers and bidding war are not unusual. Cash offers abundant. Homes go under contract in one week (or less!).

Here’s one of the newest article about home prices in Florida.

However, 2013’s unusually high price rise is expected to level out a bit in 2014. The CoreLogic forecast calls for a 5.3 percent rise by the end of the year, which is still slightly above its long-term annual average of 4.5 percent recorded since 1975.

“Limited construction of new homes and low inventories of existing homes for sale contributed to the jump in prices,” says Dr. David Stiff, principal economist for CoreLogic Case-Shiller. “Developers remain cautious about building too many new houses until they see stronger demand in their markets.”

“For the remainder of 2014, investor demand and sales of foreclosed properties should drop off quickly,” Stiff say. “Traditional buyers are returning slowly to the market, but cannot replace demand from investors who led the market in recent years,” Dr. Stiff said.