Short Sales are falling and falling… 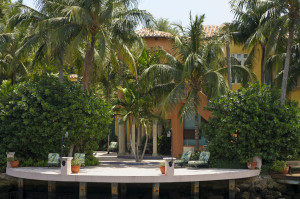 If you have been looking for a house to purchase in recent years, you probably remember the days there were so many short-sale properties out on the market, and many buyers were eager to go for it.

They appeared very attractive to many buyers but in reality, it was very difficult to tell how long it would take to close or even, ever close.

These days are over.

Nationally, number of short sales are really falling. Though as of December 2013, Florida is still on No.2 position for the percentage of short sales homes.

In my opinion, short sales processes have been more streamlined and takes much less time. Things are more predictable and  prices banks ask for are more realistic.

But short sales are going away, very quickly. Here are numbers of Short Sale closings in Pinellas County as of December 2013.

You can read more story below.

Short sales are on the decline, as home prices inch up and more home owners stay current on their mortgages. Daren Blomquist, vice president at RealtyTrac, says short sales started to trend lower in the second half of 2013.

Four percent of December sales were short sales, selling for an average discount of 13 percent below market value, according to the National Association of REALTORS®’ latest existing-home sales report.

Overall, distressed homes — which includes both foreclosures and short sales — accounted for 14 percent of sales in December, unchanged from November but down from 24 percent from December 2012, NAR’s data shows.

According to RealtyTrac, the following states had the highest percentage of short sales in December: